What Is The Best Aquarium Air Pump On The UK Market?

How To Silence Air Pump: Step By Step Guide 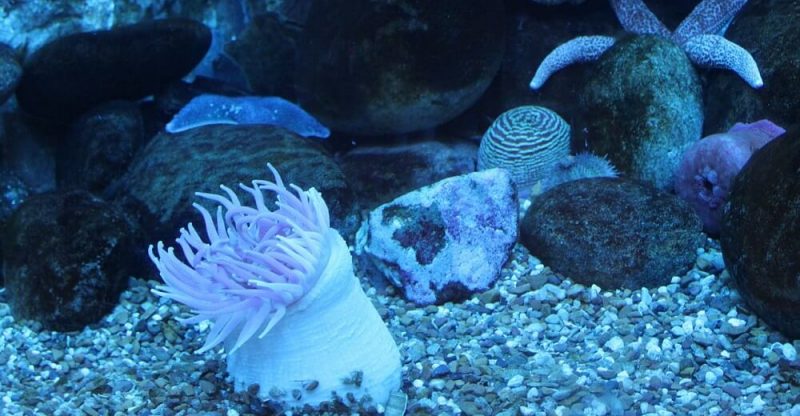 no comments
Share Tweet Pin it
Home
Fish Keeping Advice
How To Get Rid Of Snails In Fish Tank?

Typically, snails can find their way into the fish tank either as adult species or as eggs brought together with decorations, tank plants or new aquarium fishes. The most astonishing thing about snails is how fast they can breed. One day you may see one or two snails in the tank. A week later the snails will have doubled and before you know it, they would have taken over the whole tank.

Snails don’t require a mate in order reproduce, just one snail is enough to cause havoc in your fish tank. If you see one snail in the fish tank, then chances are that there are dozens if not hundreds of its sibling hiding under the gravel.

It is not easy to see snails during the day because they prefer looking for meal under the cover of darkness. Therefore, when you see one or two snails in the fish aquarium during the day, then know that there are many hidden beneath.

So has your brand new fish tank been infested with snails and you are wondering what to do in order to eliminate them? If so, then today you have just landed in the right place. Below are tips on how to get rid of snails in fish tank.

Is it risky to have snails in your fish tank?

According to experts, snails play a beneficial role in a fish tank. They are scrounger meaning that they clean up waste, debris and uneaten foods. In addition to that, they also eat algae thus controlling their population in the fish tank.

This means that you should not worry when you see one or two snails in your fish tank. The problem begins when there are too many of them in the fish tank. Just like fish, snails also create waste, inhale and deteriorate until they finally die.

The additional bio load that they produce makes it extremely hard for fish in the aquarium to thrive. In fact, high population of snails in the fish tank makes them to thrive and create unconducive environment for fish.

As a result, their numbers will increase while that of fish will drastically reduce. That is why is it is important to eliminate them in your fish tank if you realise that they have become too many.

How to get rid of snails in fish tank

One of the main reasons why the population of snails in your fish tank has increased is because there is surplus of food. Snails usually feed on fish meal leftovers. Therefore, if they have become a problem, then the reason could be because the fish are overfed. In most cases, leftovers usually accumulate in the tank’s substrate and become a safe feeding ground for snails. It is therefore important to siphon the substrate and eliminate all foods that have accumulated. Likewise, If you don’t have fish like catfish which feed on snails egg, it is important to control algae in the fish tank because snails also feed on them.

2. Use appropriate chemical to remove snails

This methods is widely used especially by beginners because it is simple but effective. There are specific chemicals that kills snails but are harmless to other tank habitats. However, if you decide to use this method to eliminate snails in the fish tank, then you are advised to carefully follow instructions to the letter to prevent causing death of fish.

You can also remove snails from the fish tank manually using snail traps. Although this methods will not eliminate all snails in the tank, it will help to reduce their population. There are various snail straps available in pet online stores. However, the most recommended method is to put a large lettuce or cabbage in the tank then clip strong stem end to the tank side then leave it overnight. The next day, you will find many snails gathered around.

Putting snail predators in the fish tank is also a great way to eliminate snails from your fish tank. If you have a big aquarium, you can add clown loaches or pictus catfish. On the other hand, if you have smaller aquarium, you can add zebra or chain loaches. The good thing about snail predators is that they don’t breed as fast as snails but they eliminate snails very quickly.

If the condition in your aquarium has got out of control and other methods are not working, you are advised to do a thorough cleaning. This means that everything in the fish tank including plants and rocks should be taken out, water depleted, and then all items thoroughly washed and dried before refilling and restocking the tank.

In conclusion as discussed above, snail presence in your fish tank is not bad. However, if their population increases dramatically, then they can become harmful to your fish. Follow the above mentioned tips to get rid of snails in your fish tank. 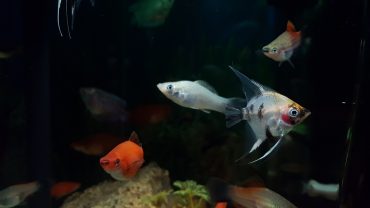